Day 6:Trapped in a deer stand in Sturbridge, MA

Saturday afternoon I tried a historically very good spot for me in Sturbridge, MA. I got into the woods about 2:30 and I tried a new technique. I was reading on a blog how it is important to "be mobile" when you do not have a good feeling about a spot. I decided to take my Summit Viper from one run to the edge of a clover field. I figured I would have to wait until the sunset before I started to see the deer in the field.

I was dead wrong. The deer were in the field at about 4:15 PM feeding on some clovers. I got within 75 yards of the deer before they spotted me and took off. Instead of giving up I set up my stand in anticipation of their return around 5:56 (the sunset time in Sturbridge).

At 6:00PM the deer made their appearance in the far side of the field. I could not initially identify whether one was a buck or not. Turns out as they got closer there was 2 does. One BIG doe and a yearling I believe, significantly larger than a fawn. This doe has been in the area for a number of years in 2009 I took a shot during shotgun season at this doe, but the shot was deflected by small tree. This doe is VERY Large. Around 6:10 I was trying to get out of the woods since I do not have a doe permit this year. As I began my decent from my Summit Viper the smaller doe came withing 5 yards of my stand. I tried to spook the does but nothing seemed to bother them. I snapped a few photos. I whistled, I tapped my release on the metal part of my stand. I tried everything to get them to move. I coughed a few times... nothing seemed to phase them. Finally at about 6:20, I descended regardless with the doe still standing within 5 yards. The largest doe still within sight. As soon as I started to move my stand they ran towards their bedding areas.

The pictures do not do justice, I used my cell phone camera for the pics. I had my action camera on me however it doesn't have flash capabilities. Here's some pictures I took at about 6:20PM. 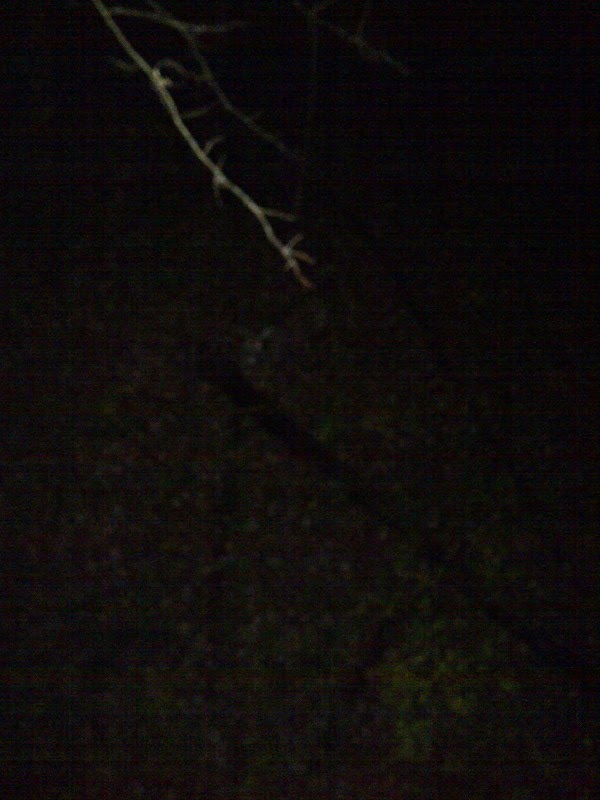 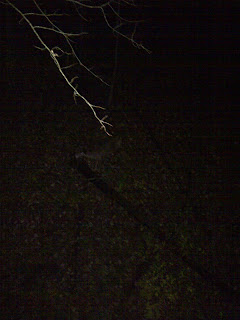 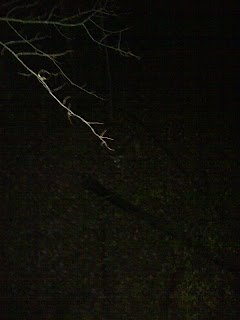 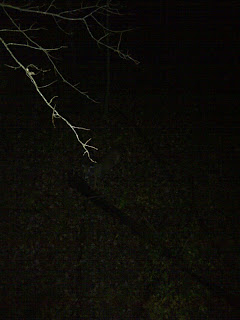