This weekend I made a spontaneous trip to the Rangeley Lakes Region. We were unsure if we were timing it too early but the ice went out on the ponds on April 16th this year which was unseasonably early.

I rented a boat from Sam-O-Set Four Seasons and Dockside Sports for $70 bucks. An older gentleman named Stephen Swain and his wife rented the boat to me. He mentioned he had been in the area for over 75 years. Seemed like an awesome business to be in...

The boat didn't have down-riggers so the fishing was very difficult. It was my first time trolling for Salmon, we used a sewn on smelt among other things. The first day we timed it poorly, the water temperature was too cold and the fish were still pretty deep. We were also surprised by a guest appearance by a moose taking a bath down by the water(see picture).

The second day we decided to make an excursion up to the Magalloway River, based on some advice from a local. The brookies hit pretty hard on the Magalloway, they were using a variation of yellow stone flies and some bead head nymphs. I caught a sucker on a stone fly but that was pretty much it. 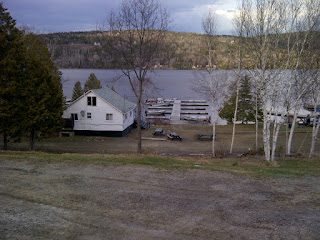 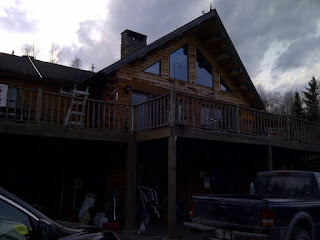 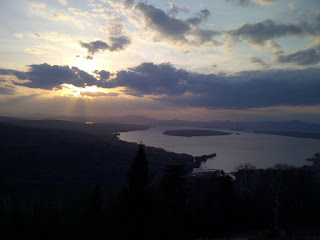 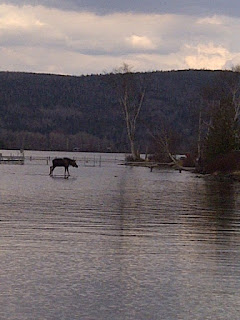