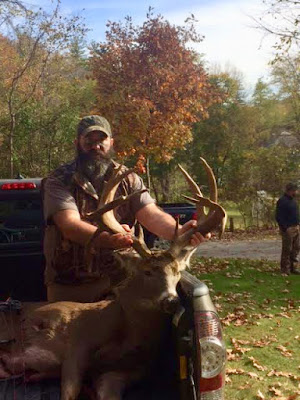 Early November 2017, Rich Lincourt from Western Massachusetts harvested the buck of a lifetime! It was a non-typical 14pt 195lb buck, green scored 197 3/8. BowhuntMass reached out to Rich to get a blow by blow of the hunt. Below is the story, tell me this doesn't make you want to jump into your stand!

Scents used: "A little Evercalm on tree by my stand, the one I get dressed next to"

History on this deer: "None, right tree right time.  Been hunting the area for a long time though and have seen a few big deer but never have been close." 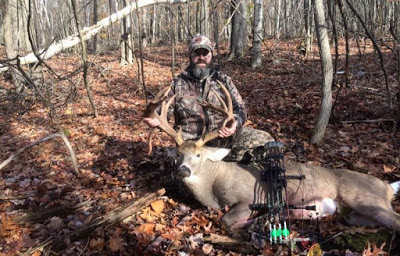 Shot: "About 7:30 I noticed a deer to my left on a steady walk towards me- as he got closer I could see he was a big bodied deer and had a nice rack, although it was light out all I really saw was the right drop tine and what looked like a club above it. 30 seconds later he was in my shooting lane slightly to my right, stopped him with a couple "merps" quartering away over a natural scrape 20-23 yds away, I pulled the trigger, saw the arrow disappear through the spot I was staring at- he bolted off to 35 yds, stopped, took a few steps and tipped over.  I tried to put my bow in the holder but was shaking A LOT, looked down to try and get it to slide in and took my eyes off of the area he fell."


Recovery: "Spent the next 35 minutes not really being able to tell if what I was looking at was the buck. I lowered my bow to ground and a doe came walking in, watched her for another 25 minutes before I got down.  After I got on the ground, I took my bow over to where I shot him.  From the sight of impact there was a massive amount of blood, by this time I could see him laying there and not moving. I carefully walked up to him and checked to make sure he was dead and then came unglued.  I never really knew what he was, just a buck with a drop tine and what looked to be a club for an antler.  I knew he was big but had no clue just how big. "


The first thing Rich did was call his wife, who couldn't have been happier for Rich. She even offered to help him drag his prized buck out of the woods! Rich told us that he hadn't talked or texted anyone other than his wife at that point. His uncle checked in on Rich not knowing what a monster he had just laid down and Rich couldn't contain his excitement. Rich said "I could barely talk, probably not really even coherent". His Uncle Brian who was absolutely on cloud nine for Rich grabbed another hunter Mark to get the truck and get this trophy out of the woods.  Rich spoke with his good friend Ken who was hunting in another state, but still had trouble keeping himself composed. Such an amazing story, amazing hunt, that's what it's all about.


Most of us will never see a deer like this on the stand in our lifetime but living through Rich's successful harvest keeps us all dreaming! Congratulations to a great guy on an incredible Massachusetts Buck.

Pre Rut is on Massachusetts Monsters down!

We consider the pre rut 2017 to be in full swing. Bucks are showing their faces during daylight hours and making the mistakes they haven’t made in years!

The official BowhuntMass Buck of the Week winner comes from Berkshire County with a mammoth. 14 point buck!!! But that wasn’t the only deer worth highlighting in a week full of Monsters being harvested. 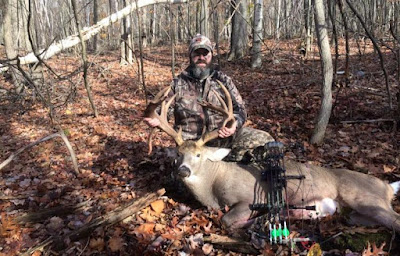 The second place finishers were Drew from Plympton MA with an unreal Zone 11 Buck. This thing had some serious antler mass. 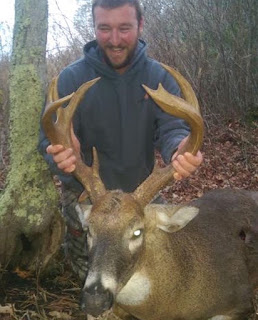 The third place deer was Ian P.  with another zone 11 brute. His neck is enormous! 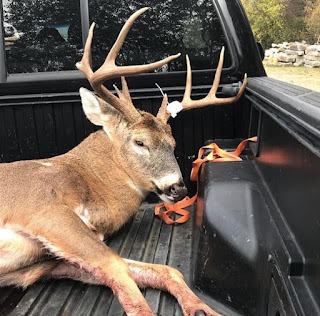